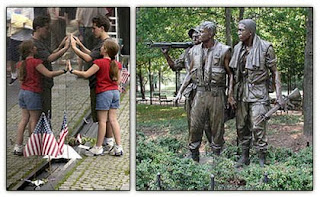 Well it happened again, I’m at a party minding my ps and qs and some man (it’s always a man) hearing what I do, decides it’s his role, in a supercilious and patronizing way, to disabuse me of my illusions and set me straight about how bogus Abstract Expressionism and/or Contemporary Art is. All I can say is I’m tired of it. Note to these individuals, who consider themselves so knowledgeable about art, even though they’re usually not even in a field remotely artistic: just because you have eyes in your head and can see, doesn’t make you equipped to pass judgment. It’s an insult to those who have spent years (in my case about 45) putting in the work, honing their eyes. Don’t get me wrong, there is much that is popular these days in Contemporary Art that I do think is bogus, but it takes someone who's developed real expertise to separate the wheat from the chaff. To dismiss all Modern and Contemporary Art out of hand is silly and lazy. I firmly believe Modern and Contemporary Art are something that are accessible to anyone who is willing to put in the time. They're languages that like any language must be studied to be understood.

Holding fast to artistic principles developed in the Renaissance is incredibly out of touch. I want art that reflects the issues and times in which it was created and that speaks to the human experience in an immediate and profound way. I think Jackson Pollack said it best in defense of his work (I’ll paraphrase): “You can’t use the language of the Renaissance to describe a world in which nuclear weapons exist.”

As an art historian, I love many periods of art, but I don’t want my contemporaries regurgitating old ideas. Developing artistic skills is the easy part. What’s hard is developing the imagination. If all you’re doing is aping what came before, than you’re not doing that much and your output will be pretty soulless. Soon you end up with Thomas Kincade or Arthur Ashe’s statue on Monument Avenue in Richmond. Schlock, schlock, shlock.

Years ago there was an essay in the New York Times by Tom Wolfe that made my blood boil. Now, I have a lot of respect for Tom Wolfe, but for him to step outside his area of expertise and wax eloquent on what’s wrong with Contemporary Art struck me as so arrogant. His essay focused on his sculptor friend, Frederick Hart, known for the creation series on the west façade of the National Cathedral in Washington, D.C. Hart is undeniably a skilled technician and his work is well suited for this traditional ecclesiastical setting. However, Hart also made the representational statue that a Vietnam veterans group, unhappy with Maya Lin’s sublime Contemporary memorial, demanded. You know what Tom? NOBODY (and we're talking a broad segment of the population, not just the "art elite" you vilify) visits that statue; they all go to Lin’s monument because at the end of the day it’s about emotion and concept and not some antiquated Iwo Jima memorial wannabe that is leaden, hollow, out-of-date and just plain icky.

So my suggestion to those folks who think Rothko is a rip off or that their three-year old could easily recreate a Pollack: button your lip and before you buttonhole me, start looking at the work and I mean really looking. Then, we’ll talk.

Posted by Sarah Sargent at 8:31 AM No comments: