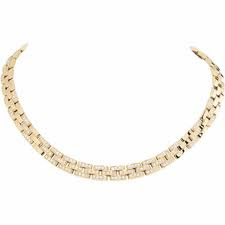 After my wallet went missing I took inventory of what I had lost. Of course, there was the wallet itself, a nice black pigskin number with brass hardware by the Florentine leather maker Il Bisonte. True it had seen better days, the credit card sleeves had become stretched and the cards would periodically tumble out littering the floor around my feet.

The credit cards were easily cancelled, but it was a bother nonetheless; the prospect of going to the DMV for a replacement license made my head hurt. I'd had some cash, but it was a nominal amount. There were a number of business cards from contacts I’d encountered and other scraps of paper of sentimental value or bearing information that I knew was gone forever. Among the photos, mostly school shots of freshly scrubbed nephews and nieces, I realized was the only picture I had of my godmother. This was the missing item I mourned.

My mother had met, Mary Keller during World War II when they were both WAVES. Mummy went on to pursue the traditional female role of wife and mother; Mary Keller (I always called her by both names, never just Mary) became a “career girl” in New York City. She worked for Standard Oil which became Esso and eventually Exxon as an executive in the stockholders relations department. It being pre-Woman's Lib, I am sure she was under-appreciated and underpaid as she climbed the corporate ladder. She dressed well, always in lady-like suits or frocks, her auburn hair was coiffed in soft waves and her nails manicured in a tasteful coral--a perfect muse for the Mad Men costume designer. She wore tinted tortoise shell glasses and resembled the fashion designer, Pauline Trigère whose clothes she probably wore. The snapshot in the wallet was an anomaly, showing her at our weekend house in Rhode Island. She is sitting on the deck in Aran sweater and slacks.

Being a child, I didn’t think much about Mary Keller’s life. I was fond of her; she was like an aunt and kind and generous to me. She was a fixture at my birthday dinners and at other times throughout the year. I can see her in our living room drink and cigarette in hand laughing as my father regaled her. But I have thought about it many times since then. In some ways it was a golden time to live in New York. I still get whiffs of the era. It’s present in places like The Four Seasons, Lincoln Center and along Park Avenue in the '50s on an early Sunday morning. Certainly it was tough to be a single woman making your own way in the ‘50s and ‘60s, but the city, which still had a vital middle class, giving it real humanity, was so livable then. I assume she dated, but she never brought an escort with her to our gatherings.

One Saturday I remember going with my parents and Mary Keller to Cartier. We sat at a circular counter in that hushed temple of luxury as Mary Keller tried on a series of gold necklaces, turning this way and that to show them off for our inspection. The necklaces were similar heavy circlets, varying in color and detail. It was thrilling being there with my parents and our wonderful friend in this elegant setting. I felt special to have been included in the outing and very grown up because my opinion was being solicited. I was eight or nine. She finally made her selection, picking one, which had a burnished quality that lightened the gold on the front giving it a matte surface. I believe it cost $500. That doesn’t sound like much now, but it was a princely sum in 1966.

It wasn’t until many years later that I learned the back-story of the necklace. My father had a great friend, a war buddy and godfather to my older brother. At some point, he and Mary Keller met and fell in love, I believe this happened through my parents, although I am quite sure this wasn't their intention in introducing them, as the man was married. Eventually the man left his wife hoping to marry Mary Keller. But not long after, he was diagnosed with cancer. For reasons unknown, perhaps he didn’t want to burden Mary Keller (though knowing her, she would have gladly taken care of him) with his illness, he went back to his wife and died within months. The necklace was his parting gift.

It seems so very fin de siècle, so Colette, the proper way to end an affair by a man of means. It reminded me of when I worked at Tiffany’s, fresh out of college. During training, we were told about the oh-so-coy, “Mister Bill Special.” This had become part of Tiffany’s policy after a good customer had purchased a very pricey necklace for his mistress; when the wife found the bill, he was forced to buy a second necklace to cover his tracks. The Mr. Bill Special ensured that certain invoices would be sent to the customer’s office, not his home. Unfortunately, I worked in the china and crystal department so never got to experience a Mr. Bill Special first-hand. It was unclear if the purchaser would actually refer to the purchase as a Mr. Bill Special, or if there’d be some other awkward exchange. I have often wondered through the years, if the former, how did the man know what it was called? Was this information passed along at Skull and Bones or the Porcellian Club together with the secret handshake?

Mary Keller wasn’t able to enjoy her beautiful necklace for very long. She too succumbed to cancer within four years. When she died, she left it to my mother who still wears it at age 91. To me, she left 20 shares of the Standard Oil Company which having morphed into Exxon and splitting several times, have developed into a nice little nest egg. While I am conflicted about owning a stake in Big Oil, I feel that I have a voice however small which I make heard through my proxy votes at the annual shareholder’s meeting. Also, Mary Keller worked there all those years and I feel I have to hold on to them in deference to her loyalty. In her will, she stated they were given to me with the “hope that [they] will be used for pleasure and frivolity.”